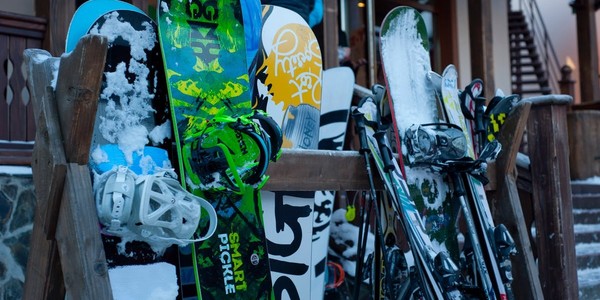 Adventure for everyone – the new spirit of snowboarding

The rebellious nature attributed to snowboarders in the 80s and 90s is a thing of the past nowadays. Snowboarding has become mainstream, shaping an entire industry. and firmly establishing itself among winter sports and action sports. A look at the development of the snowboard reveals why, even today, it remains the most versatile way to get from the mountain tops to the valley floor in the winter.

The foundation for what we now know as snowboarding was laid by surfer Sherman Poppen in the early 60s when he invented the “Snurfer” – a plastic board with a rope to hang on to, on which you traveled down the hillside whilst standing sideways to the direction of travel. Poppen wanted to capture the feeling of surfing on snow. His invention is synonymous with the relationship between snowboarding and surfing. The combination of these two sports still plays a major role for many free-riders, and the surfing spirit has firmly established itself in free-riding.